No items found.
Product is not available in this quantity.

James Mitchell Brown has received the distinguished attorney award from the National Organization of Social Security Claimant’s Representatives; several distinguished speaker awards from the Ohio Academy of Trial Lawyers; the national volunteer of the year award from the National Arthritis Foundation for his lobbying effort in having Congress create a National Arthritis Institute as well as numerous other bar association and civic awards. Jim sold his practice that was bringing in over 200 cases per month in 2003 for health reasons and took a year off before starting Attorney Consultant Inc. He is well-known as the nation’s leading consultant for small law firms. Jim consults on crisis management; business plans; marketing plans; office efficiency; buying and selling practices; retirement planning and most other issues regarding a practice. He is the expert in representing people when the Office of General Counsel is threatening them with ethics violations. Jim appeared on a CBS special with Bill Moyer about people falling through the Reagan safety nets; has testified before the Social Security Administration; in the United States House and Senate on legal and social justice issues as well as before the Ohio House and Senate.

Showing all courses by 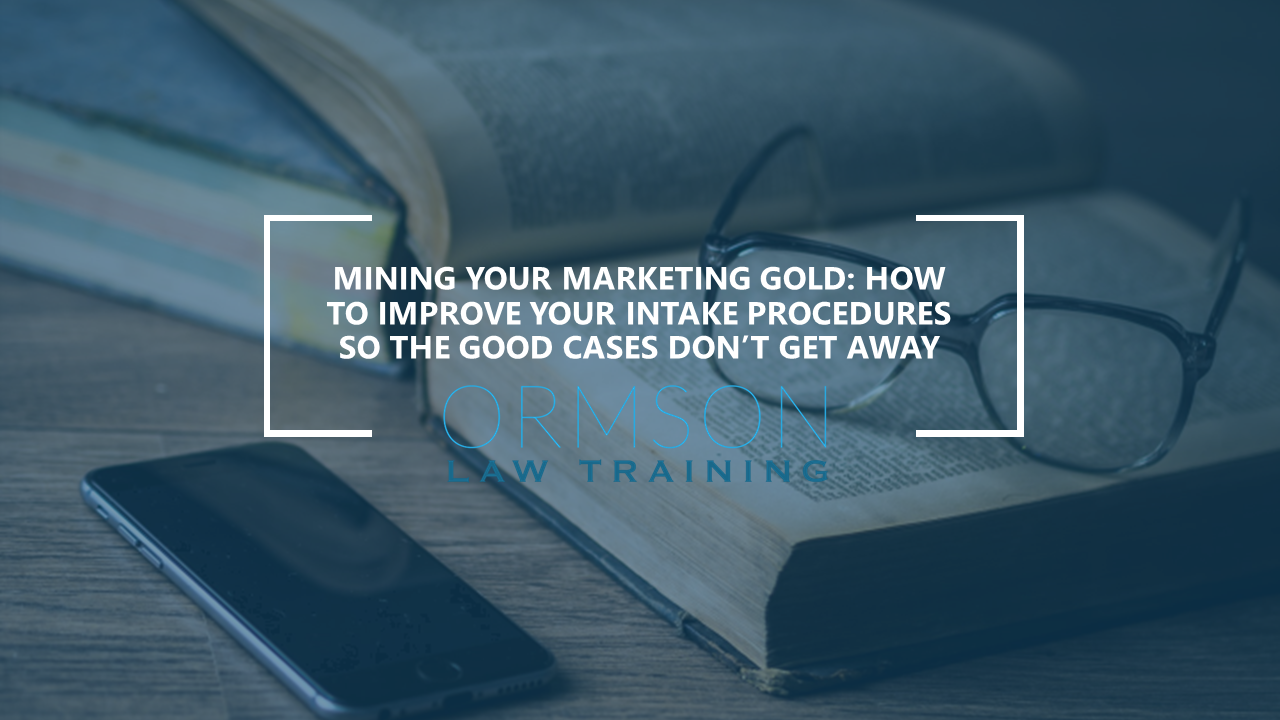 James Mitchell Brown
Read More
Mining Your Marketing Gold: How To Improve Your Intake Procedures So The Good Cases Don’t Get Away